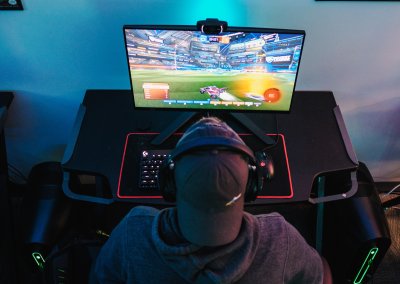 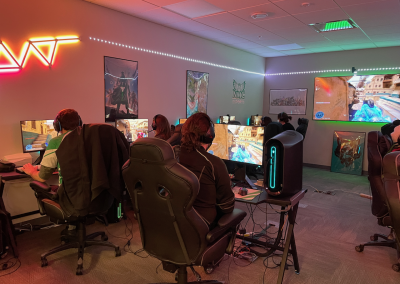 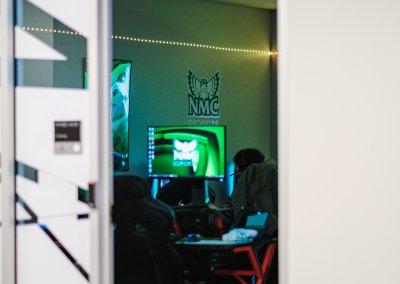 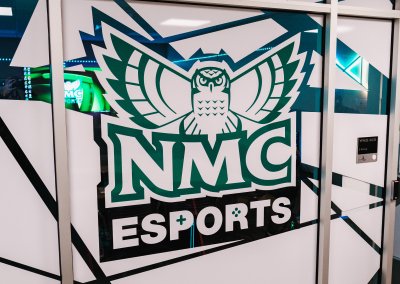 The Varsity teams at NMC compete in the National Junior College Athletic Association – Esports against other 2-year schools across the country. During the 2021-2022 inaugural season, the program supported two Rocket League teams and an Overwatch team. The program is currently recruiting players for Rocket League, Overwatch, Valorant, Halo Infinite, and Super Smash Bros Ultimate. Teams practice and play in competitions in the esports lab in the Nelson Innovation Center, which opened in July 2020. The lab features Alienware PCs and Monitors, Logitech G502 HERO Gaming Mice, Logitech K845 Mechanical Gaming Keyboards, and HyperX headsets.

All Varsity players receive a $1000 scholarship per year toward tuition and fees. To be eligible for the varsity program, students must:

The esports program needs students interested in being part of the program as content creators, broadcasters, and Twitch.tv stream managers.

Current and future students interested in playing on one of the teams should fill out our Recruiting Form.

The Gaming & Esports Club is for all NMC students who love gaming of any kind, including video games. The club sponsors events like tournaments, open game nights, and student-organized teams that would like to participate in tournaments against other schools. To join the club, start with the Discord server: discord.gg/AXY2JMrdsK