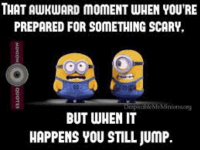 In the years 2001-2006 Israel experienced devastating terrorist attacks on civilians. This was the worst period in its history and the threat of terrorism was felt throughout the country. Today, there are still terrorist attacks, but Israel is now a global leader in counterterrorism.

Israel has created a culture of preparedness, attention, and caution that extends into virtually every aspect of civilian life. Nearly every public gathering place is protected by armed guards and/or metal detectors, usually both. All civilians are aware of their surroundings and are quick to notice and report any unattended item. Bomb squads are routinely called on to investigate unattended items. Israel has armed guards at every school with more than 100 students.

As terrorism increases in the United States, we will have to be more like Israel to protect ourselves and our loved ones. The only way to do this is with training. Nobody wants to think about a mass shooting happening in their school, mall, or concert venue, but we have entered a time in the United States where this is happening more and more.

I don’t want to think about it, but I must. What happens if a shooter comes to NMC? If I never think about it, I will be totally unprepared to act. As much as I hate this new reality, it is the reality I currently live in and I must be prepared. The training being held at NMC is one small step in the process. A trained populace will reduce casualties.