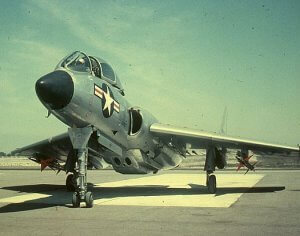 In the spring of 1955, Eugene made two life-changing decisions that would define his future. First, he decided to pursue his roommate’s girlfriend or recently made ex-girlfriend, and on February 14th he enlisted in the Navy, telling his mother, “I am no longer your boy, I belong to the U.S. government.” Considering the opportunities that the country provided his parents as immigrants, he felt strongly about duty and service to the country. Not long after graduating with his M.B.A. in May of 1955, he left for Officer Candidate School, leaving behind his new love interest after 6-weeks of dating and promises to write.

For the next twelve months, Eugene and his love interest exchanged letters and with each one, they became more serious about each other. He was in Florida, she in Michigan, each anticipating when the next letter would arrive in the mail; a foreign experience today for younger generations. Fourteen months after they started their courtship, Eugene flew back to Michigan with one of his Navy buddies for a weekend, surprised his girlfriend and proposed. Shocked by the proposal, she almost didn’t say yes considering their whirlwind courtship, but she did say yes and he left her to plan the wedding as he had to get back to Florida.

By the time they were married in June of 1957, Eugene was a Lieutenant JG in the Navy, leading and teaching a group of pilots/cadets at his base in Pensacola, Florida. He guided the cadets during extra study sessions and training, believing in the import role he held as their commanding officer and teacher. There were also social occasions to gather at the home he shared with his wife, providing ample homebrew that he made in his spare time. As time went on, there were times when his very pregnant wife was outside in the yard hanging up laundry on the clothesline and the cadets would fly by on their training flights and tip their wings her way, a show of appreciation for her husband’s hospitality and mentorship.

Fast forward fifteen years and four children later living back in Michigan near siblings and aging parents, Eugene continued to serve in the Naval Reserve, was Music Director at the church he attended with his family, and taught business classes at the local community college in the evenings while excelling at his sales position for an automotive supplier. See, he never forgot where he came from and what education did for his path in life; from picking through trash bins for food to attending college. Teaching church hymns to members of the adult choir or economics to adult learners at the local college was his way of continuing to give back in the best way he knew how. Similar to his father, he encouraged his own children to achieve greater things than he did by putting education first.

View all posts by Terri Gustafson →

Week 4 – Do What Matters.
Full Rekognition