Boy Scouts (now Scouts BSA) have been around since 1907 after Lt. General Robert Baden-Powell re-wrote his “Aids to Scouting” manual (originally published in 1903). In 1910 Scouting came to the United 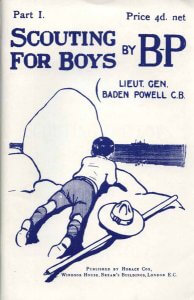 During the last 109 years in the United States, Scouts BSA has trained thousands of young men to take on leadership roles in society (just look at how many astronauts and presidents have been Eagle Scouts). Scouting works as well as it does because of engaging Scouts in “doing what scouts do.” In other words, experiential learning.

Scouts learn by doing, then when they are ready to achieve their next rank, they are asked to sit in on a Scoutmaster Conference where they reflect on what they have learned: what was fun, what was difficult, what can the Troop/Patrol do better? Then the scout sits for a Board of Review after the Scoutmaster Conference. Each scout is asked questions as to what Scouting means to them, and what they are now prepared to do.

This review process is rigorous for boys as young as 10 – 11, and as they increase in rank and age, it is gratifying as a Scoutmaster to see them mature and answer the questions better and with more thoughtfulness. Scouting can be a great model for what experiential learning looks like in practice.