A friend of mine (and a career educator) recently shared an article with me titled Shifting from Pedagogy to Heutagogy in Education. ‘Heutagogy’ is a term coined by by Stewart Hase and Chris Kenyon of Southern Cross University in Australia. It’s derived from the Greek roots for ‘self’ and ‘leading’. Heutagogy is, essentially, self-determined learning.

The criticism of a pedagogical approach to education is that it’s a teacher-centered activity, and that even in the most engaging learning experiences, “the teacher is still actively designing the learning task and process.” In the article, the example of an ancient fire engine is used to illustrate the difference between pedagogy and heutagogy. A teacher-centered approach would be to show a few images of the machine, delve into the manual, discuss, practice and then assess for competency. A student-centered, heutagogical approach would be to let students “play with the machinery and leave the manual on the seat.”

In this example, the instructor would play watchman and make sure that nothing went significantly wrong, but he/she would otherwise let students determine what they needed to know and how they’d go about learning it. It’s argued that this is more of a humanist approach to the learning process, and thus more empowering.

I’m a product of the traditional, industrialized, production line public education system. I didn’t like it. I’m also guilty of being a knowledge hoarder in my own classroom. I look back on the beginning of my career as an educator and shake my head when I think about how I made myself the keeper and the gateway to the knowledge and how I offered students very few options in their own learning process. 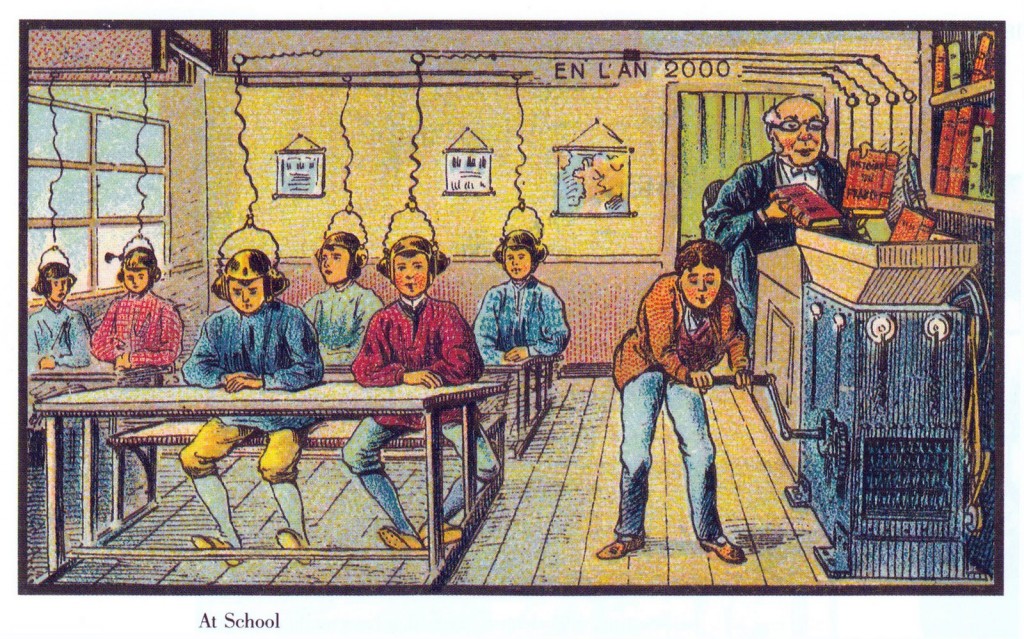 I’ve made some serious attempts throughout my career to use a variety of instructional methods, to blend technology, to flip the classroom, to use a fair grade book, and (most importantly) to offer students a lot of choices. All that said, I don’t know if I could just leave the manual on the seat, but it’s definitely food for thought. What do you think? What’s your take on pedagogy vs. heutagogy or even andragogy for that matter?

Beginnings
At What Cost?

6 Responses to Heutagogy: just leave the manual on the seat