By Kristen Salathiel on November 5, 2018

In Sherman Alexie’s novel The Absolutely True Diary of a Part-Time Indian, the main character at one point lists all the tribes he belongs to including the Spokane Indian tribe, the tribe of basketball players, the tribe of small-town kids, the tribe of tortilla-and-salsa lovers. As we discussed this chapter, I asked my students what tribes they belonged to. One replied, “I belong to the tribe of late-night wanderers.” 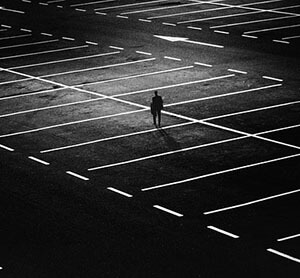 I love this sentence. I can’t get it out of my mind. I mostly love how it sounds, but I also love what it reveals. I teach class at 8 am every day, and my students are TIRED. They have been up late working, doing school work, taking care of kids, going out. Most of my 99/108 students this semester said they go to bed between 1 and 2 am. A few hours later, they show up to class bleary-eyed and messy-haired. They are yawning and clutching big cups of coffee. But they show up. I then feel quite a responsibility to make their efforts to be there worth it. I want to make sure that class time is valuable and engaging.

Just today, for example, my 111 students had a paper due, so they were particularly sleepy once they sat down. I had a short lecture on elements of argument that I wanted to give as we launched into our next essay, but as soon as I started, I could see their eyes glaze over. Following the model of Tammy Coleman (whose class I watched during Open Classroom Week), I moved all around the room, hoping to better keep their attention. Still, they were struggling. I realized that they needed to talk with each other, so after each element I presented, I had them talk quickly with their group and find an example. Then they shared out. It was a small change in my plan and a total on-the-fly decision, but it made a huge difference. Their eyes opened and they engaged with the material despite how tired they were.

Our students are tired. They are juggling so many responsibilities and trying to do everything well. I think it is my obligation as a teacher always to try and make my classes as engaging as possible, but it’s especially important first thing in the morning. I want to help that tribe of “late-night wanderers who take early classes” succeed.

One Response to The Tribe of Late-Night Wanderers