If you wait until the last minute, then it only takes a minute.  I had a student tell me that when I first started teaching physics at West Point.  One would think that more preparation would be involved when our country’s military cadets faced challenging assignments.  The procrastination th 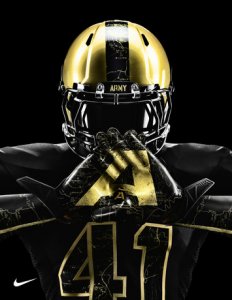 at was demonstrated was envied by other students.  Procrastination was celebrated at the end of each semester with an event called the Sosh Run.  The semester Social Studies term paper was due on the last day of class.  The Sosh Run became an impromptu parade that highlighted the student’s ability to wait as much as possible, then run to the instructor’s office with the paper in hand.  The student who turned in their paper after everyone else, but still met the deadline, was the winner.  Of course the Dean condemned the Sosh Run because it promoted bad habits and poor planning.  He tried many strategies to get the students to start working on their term papers early.  The Dean imposed ten percent reductions in the paper’s maximum grade for every hour or part of an hour that the paper was late.  Nothing seemed to change the cadet’s approach to completing the term paper at the last minute.  That was 22 years ago, and as far as I know, the Sosh Run is still going strong.

With only four weeks left in the semester, and one of those being Thanksgiving week, we are getting ready for our own Sosh Run in the Maker’s Space.  Projects, rovers, and electrical circuits are going to be due soon.  The procrastination that has been creeping into the projects is resulting in the massive push to get the semester’s work done.  We keep trying to figure out how to manage the projects better for the next semester, but nothing we have done so far has eliminated procrastination.

View all posts by Brian Sweeney →

One Response to Waiting for the Last Minute